Weed and Feed with Cover Crops 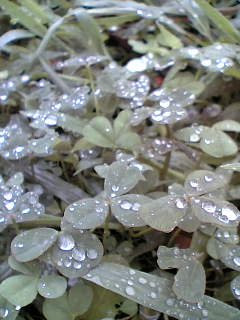 Clover, ryegrass, and other cover crops deter weeds, conserve moisture, and add nutrients to the soil when tilled under.

I spent a fair amount of time on my aunt and uncle’s 100-cow dairy farm as a child. The patchwork landscape of the farm’s 500 rolling acres changed every summer as corn, oats, and alfalfa followed each other in rotation. Deep-rooted alfalfa brought minerals to the surface and added nitrogen to the soil. Its nutrient-rich stems and leaves fed the baling machine for a couple of summers before the tractor and disc plowed it under. Corn came next and grew strong on the enriched soil, its stubbled roots holding the soil during the spring rains. A summer of densely-planted oats reduced the weeds and provided straw and cattle feed before alfalfa’s return.

Using cover crops to feed the soil, build humus, smother weeds, and prevent erosion works on a much smaller scale, too. These plants not only help replenish tired soil—they can also increase the number and variety of beneficial insects and other organisms in the garden. Although many plants can fulfill more than one function, it helps to categorize cover crops according to their main contribution.

To prevent the cover crops from becoming weeds themselves, it’s important to cut them down and turn them under before they go to seed. After they’ve been added to the soil, they decompose and release their nutrients.

For more information on cover crops check out the Overview of Cover Crops and Green Manures, from the National Sustainable Agriculture Information Service.